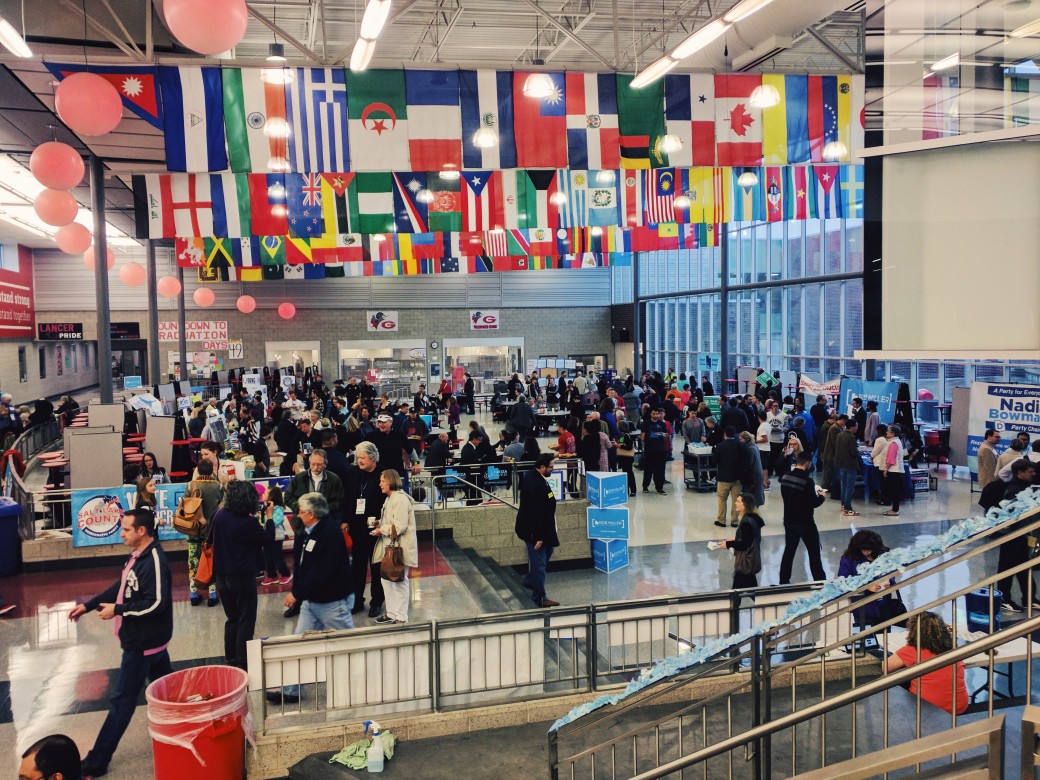 Here at OurWrites.org, we’re in attendance at the 2017 spring Salt Lake County Democratic party convention. It’s just begun and looks to be a very enlightening day for democracy.

Update: The caucuses were very enlightening. There was a lot of excitement in the crowds.

The results of the elections are as follows:

Q Dang spoke a lot about gerrymandering. It’s a very real problem that the Supreme Court has began to address, though Salt Lake County is not included in the scope of its examination. The districts in Salt Lake County have obviously been cut into eye-brow raising shapes, and Q Dang hopes to address this with a ballot initiative. The initiative would require 150,00 signatures to be considered, so he has his work cut out from him, but if he can organize his party, it should be an obtainable goal.

Faiza Javed has been working with the community through social work for many years. She seems to be a very empathetic person and gave a wonderful speech about what she’s experienced as a therapist dealing with issues such as addiction, racism, domestic violence and the hardships that come with the myriad of other issues people in our community deal with.

Joe Bycroft has a lot of experience working with the Salt Lake County democratic party:

With a resume like that, it’s obvious to see why this very-approachable candidate was selected.

Ellen Brady is another Salt Lake County veteran, and spoke with wisdom and prudence at the caucuses. She talked about an inclusive focus for the party platform:

Ellen Brady has been a practicing physician for decades and came across as an experienced leader that the Salt Lake Country democratic party will surely benefit from, as it has in the past.

Jennifer was a shoe-in for the position this convention, and will be sure to be an effective treasurer with her experience as an accountant. She’s passionate about electing more democrats in the Salt Lake Valley and is sure to bring that energy to the table in the form of surgical accuracy in her role as treasurer.

One thing that was discussed a lot at this convention is that democrats, progressives, liberals – call them what you will – constantly have issues with party organization. There are sometimes divisions within the party, or a lack of involvement and awareness with issues in the valley, that can often cost candidates their elections. The democrats have a meager online presence, and often-times canvasing is the only effective means to get the word out.

This is where we here at OurWrites.org could be of help. Let this website serve as a bastion of progressive ideas, use its forums to organize and create objectives, and use OurWrites.org as the megaphone for your message, the rallying cry of your movement. Together, we can bring about change and fairness to every dark political corner in this great nation.

Whether you are a republican or democrat; informed, honest politics is a noble cause. We need involved and knowledgable voters. OurWrites is striving for that goal, which I think is something everyone can get behind.

It’s been a long road to get here, but we here at OurWrites.org are happy to announce that the site is officially live. This site was envisioned to be a bastion of free speech and intelligent discussion between voters and their elected officials, and we’ll be working hard to achieve that goal.